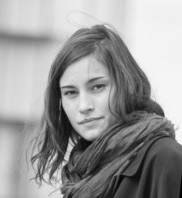 Based in Baghdad, Marie Courraud joined Promediation in April 2021 as Program manager for the Sinjar stabilization project (Iraq). Her research and consultancy background has led her to focus on political and security dynamics affecting the governance in Iraq. She has conducted fieldwork in Kurdistan Region of Iraq, Baghdad and the disputed territories since October 2019.

Since 2015, she has developed a broader experience of the region while collaborating in Turkey with French Institute for Anatolian Studies (IFEA), studying in Teheran at the Persian Language Institute over a year and conducting fieldwork in Russia on water governance in the Caspian region.

Marie Courraud holds a Middle East History MA at Sorbonne University Paris 1 and a Geopolitics MA at University Paris 8. She has collaborated with organizations such as the European Company for Strategic Intelligence (CEIS) and the Rewaq Baghdad research Center for Public Policy. She is fluent in Farsi, Russian and developing her command of Arabic language.